The history of Mas Dujau

From the 13th century, the presence of the DUJAU family (or DUJAL or DUJOL, doubt about the handwriting of the time) is attested on this farmhouse.
The Mas Dujau was previously called the Mas de la Teulière, name derived from the tile factory that was on the Mas.
The MIREMAND family was in the 17th century named “lords of the Teulière”. A genealogy of the inhabitants of the Mas has been elaborated.
As early as 1662, the last descendant DUJAU, by her marriage with a REBOUL, led to the disappearance of the patronymic name linked to this farmhouse.
Mas Dujau has a silkworm factory that was used for the production of silkworms from the beginning of the 18th century until the middle of the 20th century.
Mas Dujau was mainly wine-producing until the middle of the 20th century. Few vines are still present and cultivated on the surrounding land. The sheepfold was destroyed in the 1980s and the large chicken coop is no longer in use.
Since 2010, Thierry and Annie welcome you to their Mas Dujau which they have renovated with energy and love.

The root of the Provençal mas is the Latin manus, past participle of manna, stay which is also at the origin of the French terms house. From the beginning, the term seems to have applied to residential premises and agricultural buildings, to which are added outbuildings such as garden and courtyard.

3 charming cottages with independent access, in a farmhouse of character with gardens and private terraces and access to the communal pool in a quiet and relaxing environment.

Discover all the cottages 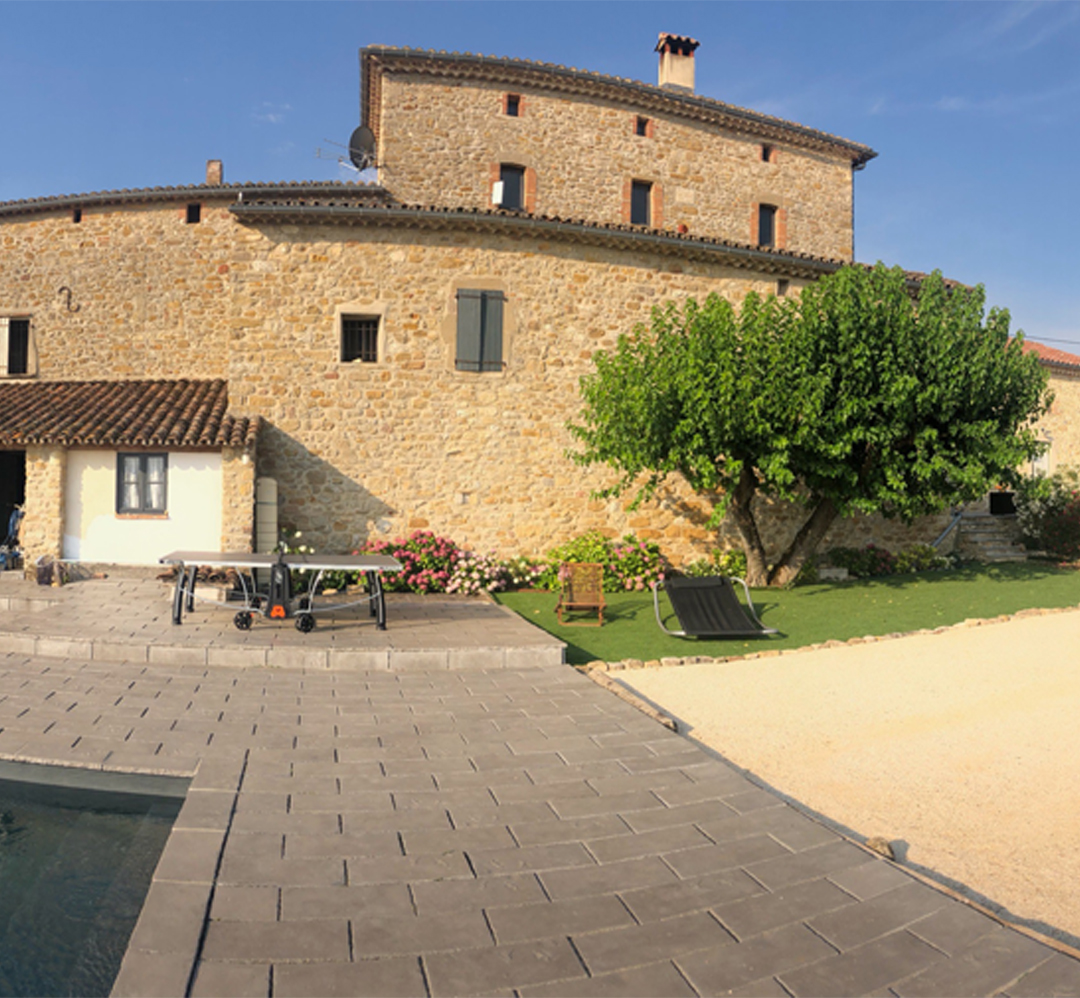 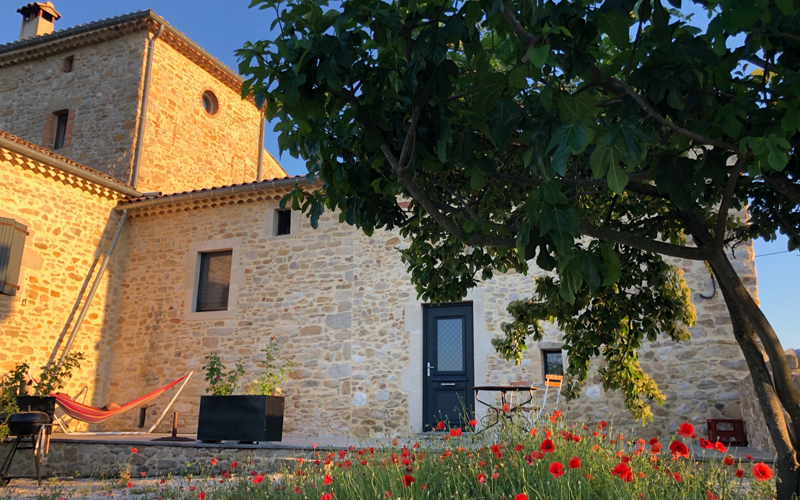 Independent access, for 3 to 5 people. Ideal for 1 couple with 1 or 2 children: 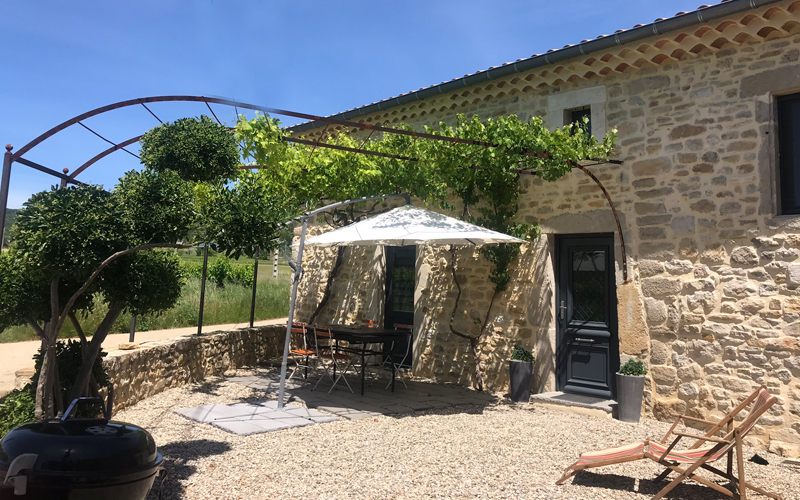 Independent access, for 6 people. Ideal for 1 couple with 2 or 3 children or 2 couples : 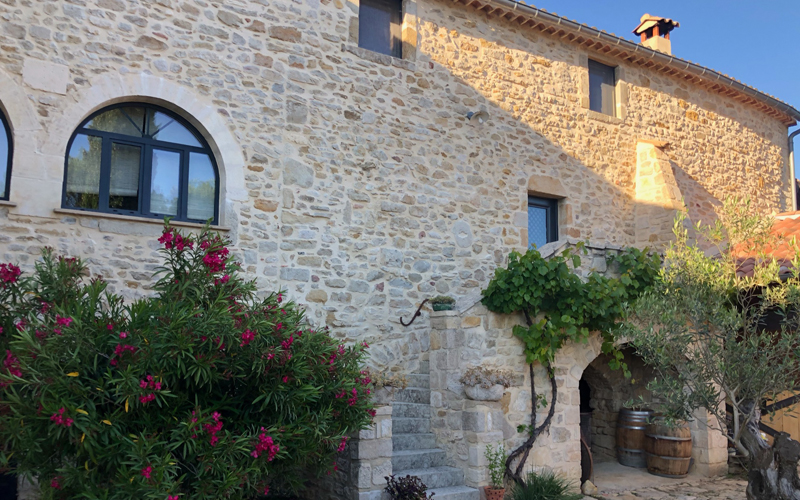 Privatize the entire farmhouse for your family reunions (communion, baptism, wedding …) and enjoy access to the reception room and swimming pool.

You have the possibility to book the reception room or to privatize the entire Mas Dujau to organize your seminars or your corporate events.

DO YOU HAVE ANY QUESTIONS ?

Annie and Thierry will be pleased to answer